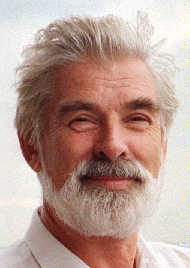 Hasselmann is a physicist who has published extensively in the fields of oceanography, meteorology, climate and, in recent years, in socio-economic models of climate change. He is the founding director emeritus of the Max Planck Institute of Meteorology (MPIM) in Hamburg, and the former scientific director of the German Climate Computing Centre. The MPIM was created in 1975 to conduct climate research. It developed rapidly into an internationally leading institute in climate research, contributing significantly to the scientific assessments reports of Intergovernmental Panel on Climate Change. Hasselmann’s recent interest in socio-economic modelling of climate change is motivated by the need to develop new system-dynamic, actor-based models in support of climate policy.